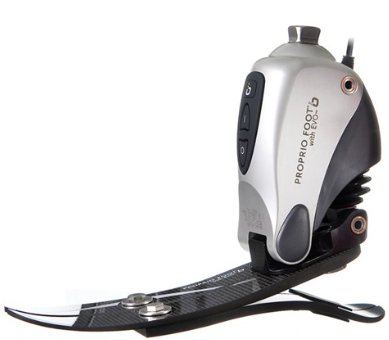 For a full decade, Gudmundur Olafsson was unable to move his right ankle. That’s because it wasn’t there. Olafsson’s amputated lower leg was the delayed casualty of an accident from his childhood in Iceland, when he was hit by an oil truck. “I lived in pain for 28 years,” says Olafsson. “After 50-plus operations, I had it off.” For years after the operation he wore a Proprio Foot, a prosthetic with a motorized, battery-powered ankle, sold by the Reykjavik-based company Ossur. The Proprio is essentially a wearable robot, with algorithms and sensors that automatically adjust the angle of the foot during different points in its wearer’s stride. Olafsson’s ankle moved on autopilot.

But 14 months ago Ossur upgraded his hardware. Now, at age 48, Olafsson can move his right ankle by thinking about it. When the electrical impulse from his brain reaches the base of his leg, a pair of sensors embedded in his muscle tissue connect the neural dots, and wirelessly transmit that signal to the Proprio Foot. Since the command reaches the foot before the wearer’s residual muscles actually contract, there’s no unnatural lag between intention and action. That makes Olafsson part of a highly exclusive club. Along with David Ingvasson, a fellow Ossur tester, he’s one of the only people on the planet who owns a brain-controlled bionic limb. Ossur unveiled its implanted myoelectric sensor (IMES) technology today at an event in Copenhagen, and is now preparing large-scale clinical trials, in the hopes of reaching the market in three to five years. 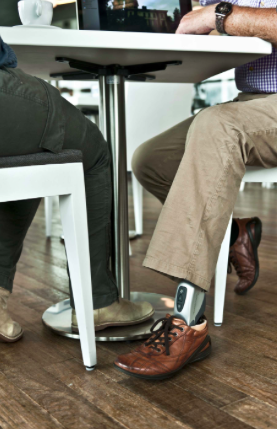